With a reported transfer kitty of over £100m at his disposal, Wenger will be watching the talent on display at this summer’s World Cup with a keener eye than most other managers. The best players in the world will be at their best performance during the championship, and are all key figures when it comes to figuring out each country’s odds to win the World Cup this 2014.

Yet Wenger’s moves in the transfer market can be as wild and bemusing as a night out with Nicklas Bendtner. The capture of Mesut Ozil, for instance, was inspired and breathed life into the club whilst the signing of Kim Kallstrom has mystified everyone.

We just hope he dusts off the chequebook as for the club to return to the top we must compete toe to toe with Europe’s elite in the transfer market.

So, here are five players set to shine in Brazil that Mr Wenger should try and bring to the Emirates:

The 20-year-old Schalke starlet is one of the most exciting youngsters in world football and has been a long term target for Arsene.  Having had a reported £30m offer rebuffed in January and with the Schalke hierarchy repeatedly announcing that the attacking midfielder is not for sale, Wenger will have to part with a sizeable fee to land his man. He is held in high regard within the German national team, with Joachim Low giving him 10 international appearances and Brazil could be the setting for him to really burst on to the world stage. It’s no secret that we’re in desperate need of a world class striker with Oliver Giroud far too inconstant to be a starting striker at a world class club. Thankfully Robert Lewandowski’s arrival at Bayern will more than likely see Mario Mandzukic forced out of Pep’s plans and hopefully into Arsene’s. In Bayern’s team of superstars, the talents of the powerful Croatian forward are sometimes overlooked. Having scored 17 league goals this season, Mandzukic would be a quality addition to the side with the likes of Ozil and Cazorla feeding him chances. His Croatian side may not have been at their best during qualifying but Mandzukic could fire them into the latter stages of the competition- once he has served his suspension that is.

The Brazilian turned Spanish forward has been in scintillating form this season scoring 32 goals in La Liga and the Champions League. What makes him even more appealing is his £32m release clause, which, when you consider his constant level of performance is somewhat of a bargain. Courted by Europe’s elite, Costa could prove a hard target to get to the Emirates especially with his reputation likely to climb even higher with the likes of Iniesta and Xavi assisting him in Brazil. Costa adds another dimension to Spain’s ludicrous squad. The Atletico Madrid striker has breathed life into Spain’s frontline, making it one of the top favourites to win the world cup in the process. 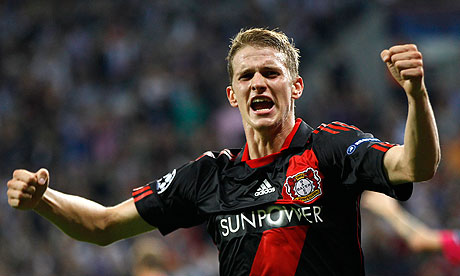 The Bayer Leverkusen box to box midfielder is the enforcer that Arsenal has been crying out for. A more complete player than Flamini and Arteta, the 24-year-old German midfielder ranked second in tackles per game in this season’s Champions League. His form may have dropped since the turn of the year but, like Ozil, class is permanent and Bender has plenty of it. Bender faces a fight to get on the plane to Brazil due to Germany’s embarrassment of midfield riches but that should not deter Wenger in his pursuit of the older of the Bender twins.

Lesser known than the other names on the list but Fabian Schar is one of the brightest defensive prospects in the game.  Currently plying his trade with Swiss champs FC Basel, Schar has been outstanding in his side’s European campaign. Of course, one of Arsenal’s most improved areas on the field has been the ever shining partnership of The BFG and Laurent Koscielny but Schar would be a great capture for the club. With a favourable World Cup draw (if they avoid Argentina in the second round), Schar could be showcasing his talents well into the tournament.